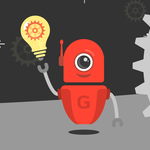 I would love to hear your ideas for 3d printed gifts.

Keychains, toys, desk decoration, personalized gifts. Whatever you have in your imagination and would like to get or send as a gift... and who knows... we might bring it to life.

Most 3D printed gifts are garbage.

The exceptions are often the items which focus on the strengths of 3D printing, and work to minimize the weaknesses.

Each 3D printing method varies as well. So if you are using DMLS, then material strength is going to be less of a factor.

They were not give away items, but one idea that focused on the strengths of 3D printing was the creation of game characters from World of Warcraft and other games. Players have highly customized characters, and several companies were offering to print them in various sizes. See some examples here.

World of Warcraft is likely obsolete by now, but I also spotted this other site which has a great looking service for printing customized figures. 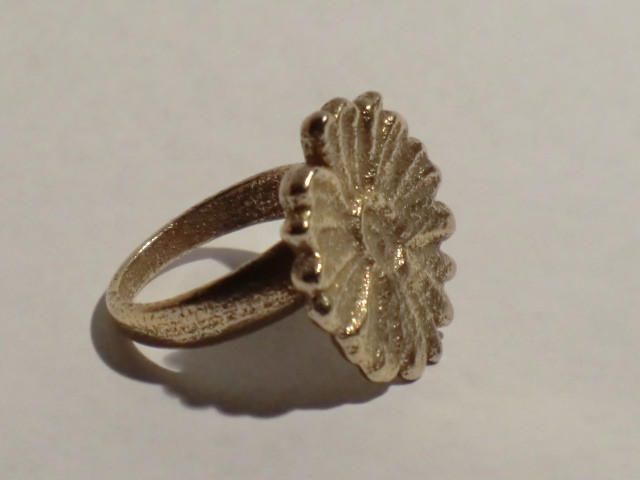 3D printed in raw bronze. The rough finish gives a nice look. For me personally, not everything has to be perfect.

FredSWUG Most 3D printed gifts are garbage.The exceptions are often the items which focus on the strengths of 3D printing, and work to minimize th...

First of all, great figures!

However, I could not agree with the part 'Most 3D printed gifts are garbage'. A gift should be an experience that provokes strong feelings :) , not just a plastic thing (which is the trigger).

Similarly, let's say you have a piece of wood and begin to add value by cutting, engrave or sculpting. Imagination helped you to get something from nothing, and is the only limit to the added value of the product.

Would you say accordingly, that gifts made of wood are also garbage?

Giannis Letsos First of all, great figures!However, I could not agree with the part 'Most 3D printed gifts are garbage'. A gift should be an experience ...

A wooden gift could also be garbage, but wooden gifts commonly have some time and effort put into their design, construction, and finishing. It also takes some degree of skill to fashion wood into something.

If it were a handmade wooden object I think it could be great. If it is a plank of wood placed in a CNC router, or laser cutter/etcher, then I would not think as highly of the object.

Given two identical objects, one in wood, the other in plastic. I'd value the wooden object more. Assuming that wood was an appropriate material for the task. I'd prefer a plastic cup or toothbrush to wooden ones for example. A better cup might be made of glass or metal. It all depends on the application.

Pressing "print" on a 3D printer to obtain a plastic doodad can result in some cool gifts, but the majority of things made on a 3D printer would be better made from a number of other materials, or processes.

People use a 3D printer because they don't have the skill to make things by hand anymore.

If you look at the amazing examples of wood, stone, and metal craftsmanship from 100+ years ago and compare it to the trash commonly produced in 3D printers, the contrast is depressing. Despite our advancements in computers and manufacturing, our ability to fabricate beautiful objects has diminished.

Even CAD programs are a disappointment.

Look at the amazing cars which were developed on paper up through the 1960's. Then see the monstrosities of the 70s and 80s which were computer based. 40-50 years later, things are better, but there is much room for improvement in body styles.

Engines and other systems of course have made great advancements in the same time frame.

There are exceptions for sure. I'm speaking here of larger trends.

A visit to a site like Shapeways will show a number of printable items ranging from "garbage" to "that's pretty cool".

I only thinkg 3D printed gifts are good when they are more personal. Specially designed for the one receiving, or added a name or something.

Something like this should be cool to give some one:

Marijn van den Heuvel I only thinkg 3D printed gifts are good when they are more personal. Specially designed for the one receiving, or added a name or somethi...

Yes that's right. And for a personal gift, only produce one piece. 3D printers are ideal for that!

3D Printed Gifting Solutions can be a vertical itself for 3d printing service providers....

Any damn thing or idea one can imagine.... can be printed and showcased nicely..

The only issue matters...is the representation of this segment...

Customized gifting solutions is the most suitable field which is required the most in the present market...

We @3DPrintEdge, are trying to focus on all aspects of "3D Printed customized gifting solutions" generating a new vertical....

ads are getting smarter :)