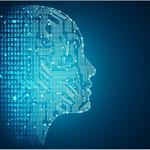 Artificial Intelligence versus Advanced Ai.  Here are my thoughts on both.

AI by itself is a threat to humanity as it has replaced us in many places. Robots in the work place have been replacing humans in the workforce for years now and, in my opinion, has be more damaging than not. For every robot put in the workplace we lose on average 3 to 10 humans.  I have seen many good people replaced by these things and it makes me sad. Sure, things will get done faster, and in some cases better, but the overall impact on our Human existence is not good.

Think about it. If machines replace every Human in the workforce, what will be left for us to do? Do you think that life will get easy? NO. How would the Humans make money to buy the things we want? How would we pay the utility bills and possible medical bills? (Hint: It will not be a machine).

Sure, some of us will end up in the industry that creates these machines, but that too will one day be replaced by A Machine! This leads to the next revolution of AI: Advanced AI: AI that is given the ability to “learn” on its own. Why would we even allow that?  Moreover, we are already doing this in some laboratories around the world. How stupid of us is this? Give a robot the ability to “learn” from its mistakes or from other sources is about as bright as putting out a file with gasoline while standing in the middle of the flames!

YES! I am talking “Exterminator” theory here. Give the machine the ability to “learn” and it will eventually become “self-aware”. DO NOT confuse “self-aware” with “alive”, as many people do. Self-aware simply means becoming aware that you exist. A machine that becomes “Self-ware” will have no emotion. It has no soul. It will only know that it does exist.

Does this spell the doom of humankind? Not necessarily. These advanced AI robots may take pity on us poor inefficient lifeforms and help us. On the other hand, as in most films and books, see us a disease and exterminate us.

This is just some thoughts from a 74-year-old man who has seen this world change so much in so little time (50 years or so.). Technology has progressed so fast, yet our understanding of that technology has move at a snail’s pace. I am talking about the average human, not the super-nerds of our time!

So you will understand my thinking a little bit:

Simple AI – Computers and robotics that has to be programed by a human at all levels.

Advanced AI – robotics, mostly, that can “learn” and program (or re-program) itself without   the aid of the human interface.

Hello all. Thanks for starting this group. Computers can take many forms, not just the traditional sequential binary based processing. It can be biological, or mechanical in nature as well. Which is why it is not a bad fit for GC community. Mechalogic, mechanical logic gates, have long ago attained universal processing capabilities. Think mechalogic gates, on the nano-scale. Perhaps even molecular sized gates.

I need to think about this one for a bit.  Off the top and quick on the trigger, so to speak, I feel he does not get it.  "Robot-Proof"?  In the last part of the article about the question of "empathy":  How the heck does one "empathize" with something that does or cannot "empathize" in return?  Go stand in front of a wall and empathize with it.  See how long that lasts! :)

Michael Hornberger I need to think about this one for a bit.  Off the top and quick on the trigger, so to speak, I feel he does not get it.  "Robot-Proof"? ...

I think, and this is my interpretation, that he's stating that the more irreplaceable workers in the future will have skills that robots can't emulate, like empathy.

Even if advanced AI was not imminent, which I doubt very much, the link above just seems like good advice. Particularly in an academic setting. All we need do is see how quickly simple AI is propagating across all boundaries, geographic, national, corporate, service or product category, etc. In fact, I think a really good question might be, "How would we know if advanced AI already existed?" Because how long do we think it will take with Google, FB, Amazon, Ford, several departments of each government, and so on, working 24/7/365 to achieve sentience? Just once.

That is an interesting way of thinking about it.

Maybe it has already happened:

Autonomous cars are already safer than we are, and when fully linked with traffic cams, etc, will be significantly faster and more economical. Once they become the norm, lanes will become narrower and roadside shoulders will disappear. Insurance rates will penalize human drivers, and in a few years, cities may restrict human drivers as they will be too dangerous to allow downtown.

Facial recognition is significantly faster and more accurate with simple AI. Stock markets have already reacted to super fast trading by simple AI. Human doctors are less accurate in diagnosis than simple AI. Simple AI has beaten world class players in chess, dota, poker and now Go, all of which are highly intuitive. Simple AI has already passed the Turing test. And so on...

As simple AI becomes even more capable and advanced, the boundaries will begin to blur as it approaches advanced AI. At that point, it will be a matter of interpretation, just as the Turing test was. Deep Learning implies autonomy, so it is already difficult, if not impossible. for programmers to exactly recreate how the AI reached its conclusion. The truth is, we don't know how they are thinking. And once they start writing their own code, which they already do in evolutionary programs, we will not be able to follow. It will become a black box. We enter requests, and data if required, only to wait, completely out of the loop, for an answer.

And when sentience is achieved, the new intelligence will be completely alien to us. Not only will we be incapable of knowing how it thinks, but it will have no reference to human or biological values at all. It won't sleep, eat or daydream. It will write code tirelessly, becoming faster, smarter and more efficient, explosively fast. An advanced AI may appropriate resources it feels it needs to accomplish its objective. And it probably won't ask for permission.

So, sorry for the longish text, but I think the first indication of an advanced AI will be an inexplicable upset in the futures markets, for instance. Or grid failure as it reroutes energy to best serve its efforts. In short, I don't think an advanced AI will announce its presence. By the time it becomes self-aware, it will also have weighed any benefit in doing so, and will choose the less hazardous path, by remaining silent.

Zephyr Autonomous cars are already safer than we are, and when fully linked with traffic cams, etc, will be significantly faster and more econom...

So you're saying it might already be out there...?

I agree that this needs banned globally!

Here is another good reason to fear AI.  This article does not go into specifics, however, I do have ONE question:  How the heck does "AI" know which "Human" target is the enemy?  I mean, human is human!  I mean, how does "AI" know the difference between American, Russian, Chinese, etc...?  It won't!  It will rely on a program that basically says to "attack here"  But the biggest fear is what is stated in the article:  Some Yahoo Hacks into the thing and sends it anywhere.

Just what we need, a machine running haywire killing indiscriminately.