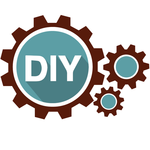 I'm toying with the idea of building a domestic hydro electric generator. The basic premise is a wind powered pump to elevate a body of water to a header tank, which then drives a pelton wheel as it discharges to an ideally lower-than-ground-floor reservoir.

Has anyone done any work to determine what amount of energy might be recoverable in any real-world scenarios? Further, has anyone looked into what sort of COTS equipment might be available for such a project?

I'd be interested to hear what you think, especially with regard to bottlenecks in terms of both cost to build and efficiency on the other end, once built. There are many ways to skin this cat, and I'd like to think about finding a good balance between capital cost and energy return.

If you use collected rain water, then you don't have to use wind to raise it to a higher level. A tall column of water of water can generate quite a bit of pressure. the volume of water would determine the overall amount of energy you could extract. Maybe you just run it part of the time and or use Solar and Wind to augment the system.

My first thought is it seems like a cheap energy storage method. However the amount of energy you can reasonably store would be rather limited.

Water weighs 8.34 pounds per gallon. Lets say you store 1000 gallons of water 50 feet above your generator (417,000 foot pounds). One horsepower is the power required to lift 33,000 pounds 1 foot in 1 minute. Inversely you essentially have enough water stored to produce about 12 HP for 1 minute. At 745 watts/HP that would be about 9000 watts for a minute. or about 150 watt hours. That's at near 100% efficiency. Efficiency of this system would likely be less than half that.

By comparison a typical deep cycle battery can store about 1200 watt hours. They are about 85-95% efficient.

Compare the cost of the pump/tank/tower/generator setup to the deep cycle battery and its related equipment. I believe it may be difficult to justify unless you already have most of the components readily at hand.

If you have access to a lot of land and could pump the water a considerable distance uphill into a holding pond then it might be a feasible option. Obviously in some localities this is done as a means of storing energy for some electrical grids.

The best thing about a water storage solution is, except for a water leak or evaporation, it would never lose its "charge" over a long period of time.

Bob Wiley My first thought is it seems like a cheap energy storage method. However the amount of energy you can reasonably store would be rather li...

My first thought is that it seems like a cheap energy storage method as well. And I do realise that the amount of stored energy would be limited.

My initial expectation is that you might realistically be able to store something like a cubic metre of water in a loft header tank. The wind energy could be used to pump the water from a similar tank at, or just below ground level, and could work as often as there is a breeze. I appreciate that the wind capture, VAWT or ring eductor for example, is very much not a trivial consideration.

But, realistically, I think you might be able to hit something like 1000 or 1200 Wh over the course of a day. As you say, limited, but it is the sort of energy that could take care of essential, but non-critical loads like AV equipment, broadband routing, laptop/phone charging, etc. It certainly wouldn't run a house, but it might take the edge off the bills, no?

What I don't know is whether ther might be a show stopper hidden somewhere in the detail.

To store up enough water to produce 1200 watt-hours would be something like 30 cubic meters at 15 meters elevation. That’s not accounting for inefficiency. A pelton wheel can be as high as about 90% on a small scale and generators are are at least that high so let’s say overall efficiency is about 80%. You’ll need an additional 25% of water storage or height to cover that or about 37 cubic meters.

The windmill would be working anytime there’s a breeze so the tank system is just filling in the gaps. Maybe you could get by with 25% or even less of what I’ve calculated. Still, it seems like a monstrous system compared to what you could do with 1 or 2 simple batteries.

You have a great idea. The cool factor is overwhelming and the geek in me says go for it. However, I think you are way underestimating how much water you need to store to generate even a modest amount of power. You really need to run the numbers and understand how much power you can expect before you pursue this project.

@Bob, I think you're talking about converting all the energy in one go. I'm thinking about a smaller (closed system) volume of water re-elevated many times per day. So rather than a single hit, you get many bites at the cherry.

There is a pretty big BUT, though. My, admittedly rough, calculations suggest the pump might need to be capable of something like 70L/min. Not exactly huge, but definitely not trivial either. I'm thinking the balance (of viability) will be tipped, primarily, by the capability of getting the water lifted, followed closely by the volume of water that can be stored at height.

It's all a matter of how often the wind energy needs to be supplemented by the stored water energy. There's no way to know that exactly but you know the weather conditions in your area and the periods you have to ride through. Combine that with your energy draw and you can get a good idea of what you have to store up.

While the weather conditions can't be calculated exactly, the storage capacity can be calculated with relative certainty. I've given some initial back of the napkin calculations that are obviously pretty big. You can scale it down as you see fit.