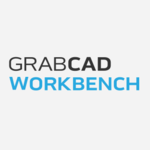 I was sad to discover that GrabCAD Workbench was being discontinued.

GrabCAD Workbench has been a valuable tool in my draughting business. I have not been able to find a better way to manage my clients' portfolios.

I would be very interested to hear from any users who:

I hope I am not alone in my appreciation of Workbench.

Thanks in advance to all who give their input.

I have been using GradCad Workbench for many years having been introduced to it by a client. I use it daily and I can't imagine working without it. I am surprised that GrabCad are just stopping it, after all it started as a paid for app. I am looking at Thangs (https://thangs.com). It has a long way to go to be at the level of GrabCad, but as it's still being developed, by June next year it may be mature enough to use.

I would also pay to use Workbench.

Thanks for the feedback Lez Orton

And thanks for reaching out Robert Juhanson

I use Workbench as follows:

This setup has many advantages:

Features I do not use (but others may find useful)

I hope this gives you and other users some ideas about the possibilities. I look forward to hearing how others use the platform and whatever feedback you may have.

Currently, I am having the trouble that my Workbench profiles are not showing files anymore.

The folder structure is all in place, but all my files are gone.

Please let me know if this problem is known and if it is currently being resolved by the software team.

Also humbly requesting please not to yank Workbench out from under us before we have a chance to make alternative arrangements.

Lance Skelly @ Robert JuhansonCurrently, I am having the trouble that my Workbench profiles are not showing files anymore.The folder structure is all ...

I confirm that this is a known issue and we're currently working on the resolution. Sorry for any inconveniences caused!

I agree with Lance. GrabCAD Workbench was an amazing resource. Even when it was neglected, it was still one of the best tools for sharing CAD files. I've also used it for consulting. And at one company I worked at we managed about 4000 CAD files on Workbench.

I always hoped someone would pick it up and start developing it again, I think the original team saw its incredible potential. I absolutely think a paid pricing scheme would make sense.

Lance Skelly @ Robert JuhansonCurrently, I am having the trouble that my Workbench profiles are not showing files anymore.The folder structure is all ...

Hi. Could you please check again now? We just released a fix regarding this issue. It should have been fixed.

GrabCAD Workbench was on the right path to make a ubiquitous PDM lite that was actually easy to implement.

Yasin Aydin (GC Staff) Hi. Could you please check again now? We just released a fix regarding this issue. It should have been fixed.

Thanks again for jumping onto this.

Great to hear! Let us know if you find any other problems.

Talking about the number of files. I have one customer that has almost 23K files in various folders. This seems to be about the limit as the desktop app is starting to run slowly.

As has already been mentioned even with the lack of development recently grabcad is the perfect solution for the way our business operates. Having used some other cloud alternatives the functionality in grabcad was well thought out. With further development and promotion it could really push ahead.

The news that Workbench was shutting down was disappointing for me as well. Since I started by business about 6 years ago, I've used GrabCAD for cloud backup of my solidworks files and revision management. It helped me get my business off the ground because it was a simple solution to a real problem, and it was FREE! It also allowed me to work from home as well as in the office and always have access to my files. I always expected to be eventually be charged for using Workbench, but it never happened. This is a great tool with necessary functionality for anyone doing design work. There is value there and I, for one, would be willing to pay for it. Sorry to see it go. I will also need to seek out an alternative.

One thought I have is, if you have a product like this that is well loved and doesn't seem to have many competitors, and fits in fairly well with your other offerings, why can it? Charge a subscription and see what happens?

To be honest, my entrepreneurial side is pondering the opportunity here.

I also would pay a subscription for the Workbench. I haven´t found free solutions as good as Grabcad.

-Thangs.com doesn't work for me. No comments for each file. Poor tools of the 3D viewer. Working with the tree projects is a mess.

-Wikifactory.com could be the least bad solution. It seems inspired by Grabcad Workbench, the same tools, but each tool is some steps under the Grabcad tool's quality.

Paid solutions such as Kenesto or OpenBom seem too expensive for me. Maybe the Gracbad company could find a niche between a free product and those expensive products.

So, I keep here looking for other solutions.

I have been using GC Workbench for many years. It is a great PDM solution that could have been built on in so many amazing ways over the years, leveraging the GC community and fast outsourcing integrations etc..

Unfortunately, Stratasys purchased GC and seem to be one of the most asinine companies around.

It's hard to believe that they never grew anything or even made anything worthwhile out of GrabCAD. The website looks the same as it did half a decade ago, Workbench actually lost features over the years.

They have never been interested in supporting their actual customer base who make and engineer things; wasted hundreds of millions of dollars thinking 3D printers would be a consumer item inside everyone's home. They are completely out of touch with their own target market and their own technology space.

The only thing they made on here, the "GrabCAD print" app is an absolute joke; why would you make an entirely separate app, just for printing?, all of our CAD models/files are already stored, version controlled and viewable within GrabCAD Workbench; imagine the capability to click and outsource to a printer straight from Workbench, imagine encouraging people to buy Stratasys printers so that they could provide manufacturing as a service on the platform that already has a community using it?, you would need to be a dunce not to think of that.

I would have paid a subscription for this all these years, they didn't need to make it free and strangle the life out of it. They could have even sold it off and allowed it to continue under a more capable company.

I won't be using any of their products in future, not after seeing how they screwed up what was such a good product and how they fail to realise that their potential customers are makers/engineers, not Apple customers.

I am testing Autodesk Fusion 360 Team Participant. A cheap option and It works fine.

Cool, thanks for sharing. What CAD are you using with Team Participant? It sounds great except for the fact it doesn't lock files (https://help.autodesk.com/view/fusion360/ENU/?guid=GUID-AD8E0CEB-AD81-444E-8247-9BD6C742D2A6), which probably works better for Fusion 360 than it would for Solidworks. Milestones instead of Revisions...

I looked at Wikifactory.com a bit. It has some nice features, but lacks check-out-in, locking of files. If they keep going with it, and make some options aimed at a company hierarchy, it could be good.

Someone should buy GC Workbench! Even now no active platform has caught up to what it offered at its peak.

https://www.getbild.com/ Found a new candidate! Bild is saying the right things, but I think it's super new, so I'm sure it has some issues. Also https://www.bildhub.com/