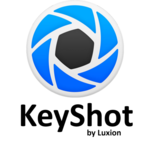 How is this Render?

Hello guys, a while back I have made a render with help of photoshop. I have added a lot effects, color correction etc., to make more realistic. So please tell me how is this render. I am planning to make tutorial on how it is made. If you want tutorial rise a vote. 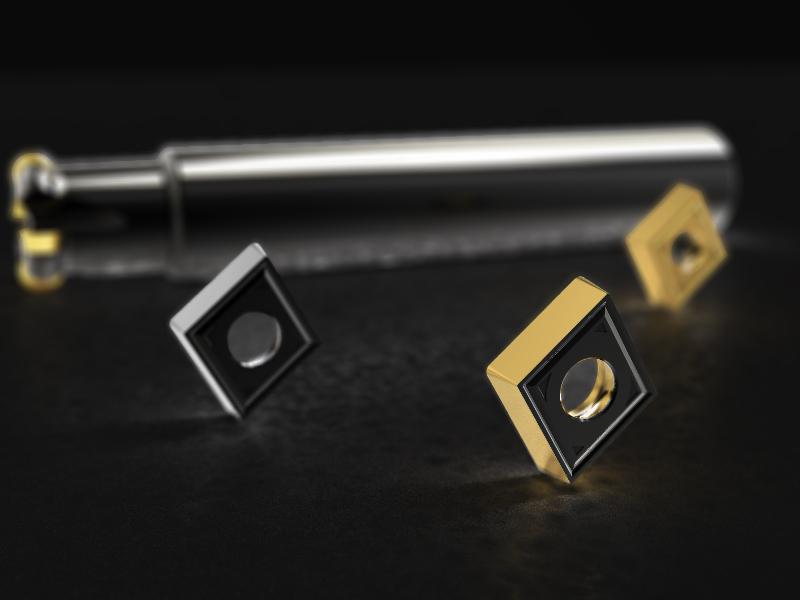 Looks good, but some unrealistic due to less level of details on focused object. It should be more sharp.

looks good as for beginners.first off all please sure camera angle of object.

The first thing I asked myself was: How are they standing on a single edge without tilting to a side, then falling over?

Changing the models orientation will - surely - add more realism to the render...

I feel the depth of field effect is too strong. No doubt this is to bring focus to the cutters, instead of the holder, or boring head, or knurling tool(?), which it does a good job of. But with it being so blurry, I find myself trying harder to figure out what the tool in the background actually is.

Standing on edge is unrealistic as Yahya pointed out, but it gives a dynamic feel to the static image. Our minds naturally try to solve the scene, and predict their fall. It's like all those car renderings that are done at odd angles we'd never actually see a car from.

I like the effect of the shadows training off to the left.

The brightness under the holder, or boring bar I find confusing. Due to the blurriness I can't tell if that's from a floor reflection, or from lighting on the bar. Is their under-floor lighting? A non-planar floor?

Something looks off at the centers of the cutters. Looking through their hole shows a light grey background. But the background is a much darker gray.

There is a lot of noise, and/or halos around the edges of parts. This may be due to the blur effect, low resolution, low dpi, or insufficient render passes. It's hard to tell. I like very crisp renders, so this is less of an issue if a softer look is the desired product. I'd try to reduce noise though.

The one silver cutter seems out of place with the two golden cutters. I do like how the boring bar shows a similar yellow to indicate where the inserts belong.

The boring bar seems odd. It appears to have round inserts, and the inserts depicted are square, or diamond shaped.

I am not very familiar with these inserts as most of my experience is with traditional end mills. I had assumed an insert would have sharp edges, but many online images show a radius on the edges. Which makes sense since a knife edge would likely be damaged very quickly. Here's an example I spotted online with nice lighting highlights on the fillets:

Overall I like the image. Don't take the above text as complaints in any way; those are just my opinions. This is your image, so make it in your style.

If I had to render a similar scene, I'd look for some reference images online. This Sandvik image is a great reference (hopefully it scales correctly):

FredSWUG I feel the depth of field effect is too strong. No doubt this is to bring focus to the cutters, instead of the holder, or boring head, or...

Wow, FredSWUG you have noted so many point. I love the detailed analysis. So I think I found a place for rectifying my renders. Let me answer your question.

--Inserts standing on edge- I have referenced the below image: 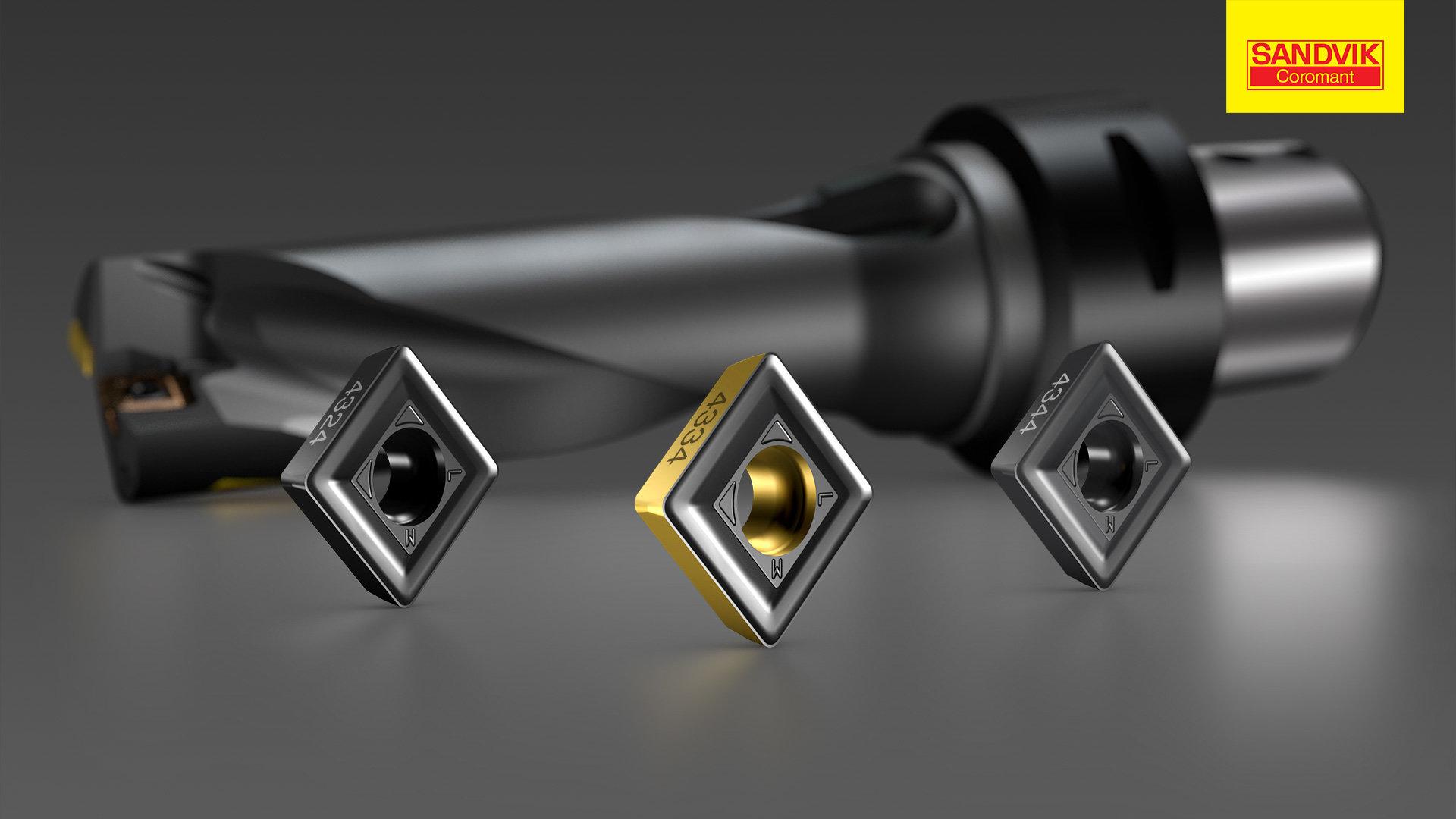 So this might look good but tried to replicate.

--Brightness under holder: Yes the light projected from studio environment. I thought of editing in photoshop but forgot. :)

--Grey Background: The ground plane with spots, and other stuff makes grey. Also made background black. After post processing I realized that I should have scaled up ground plane.

--Silver Insert: As stated it was referenced from above image.

--Round Insert: There is also round insert, please check on sandvik website/ web.

The image of reference also has insert standing on edge. May be they also got comments on renders from sandvik. Who knows?.

Thanks for such detailed analysis. I will try to render and create a discussion so that you guys can help me out.