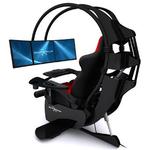 Which CPU: Intel or AMD?

What type of CPU you're using in workstation?

Try to compare Threadripper 1950X with I9-7960X, where is no big parameters different, but the price - very different.

I agree with Tomas.

Intel's are great. I've Intel i7-6700HQ in my Laptop workstation :( ( I need to save money! ). But, If you can get Ryzen then it's going to be great with lot of savings as Tomas said. AMD is not very popular in many Workstations. So, you sometimes need to stick with what you're getting. I think lesser cost has something to do with reliability & engineering involved in the product. Maybe I'm wrong or maybe right.

PS:- Workstations needs certification and testings for reliability in mission critical applications. And Radeon still lacks in that part. So, AMD's are not easily available in Workstations. Also, I think AMD spends quite less in advertising to reach people's mind.

That's all I've to say. Thanks!

Yes Jitesh, it's hard to say why AMD is less popular than Intel. I hope it's Marketing :)

Intel process architecture is more efficient with 3D rendering process algorithm. It's compatible with ECC ram in workstation. So Intel is the best option for WorkStation.

I only agree with you partially. 'Intel process architecture is more efficient...' Yeah some softwares like AutoCAD, etc. are (or used to be) designed- to work better on Intel processors. But lately, AMD's Ryzen series is getting popular for the same and also for the Price-performance stuff.

And I guess GPU's are more or less supportive in graphics demand rather than the CPU. And if I'm right then the number of cores and processing speed is the one that matters. That's why workstation CPU's & GPU's as well have more cores and Graphics RAM & clock-speed. Finally, the deciding factor will be your requirements & budget. Earlier Intel used to lead market but that era has ended, now both Intel & AMD compete equally.

And as far as ECC RAM goes- I would like to say they are useful only in real-critical applications where data accuracy is really important like: Rocket launch systems, scientific and medical systems etc. But some people are trying to use them anyways. Both Intel and AMD processors (and others) supports ECC function from a long time. In-fact, ECC has been openly supported by AMD, whilst Intel limits it to High-end Xeon H/W. So, in majority its the motherboards that decides if you can use ECC or not. Such ECC-RAM systems are always heavy on pocket, so one should really look up before spending, if s/he really needs that much accuracy.

EDIT: If someone needs more calculation stuff, s/he definitely needs to look for best CPU in the budget. And GPU if that someone needs to process more of a graphics stuff. Additionally, one should also check the program(s) s/he will be using which sets the requirements for CPU or GPU, etc.

I'm an architecture student and i'm using Toshiba Satellite AMD A10 laptop for most of my workings. But I'm still having some problems with rendering. So , kindly guide me about the machine/laptop i'm using, is good for rendering or not?

If not, then which machine/laptop i'd buy for rendering?