How to 3D Print a Detailed & Accurate Model of the Earth 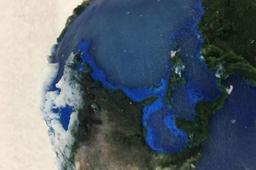 Learn how to create a realistic 3D textured model of the Earth using Rhino, GrabCAD Print and Stratasys 3D printers. I also review how to select the right part priority and how to test prints for the perfect color.