How to use GrabCAD Print for SAF/H350 Printers 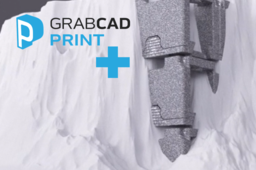 With a new printing technology (SAF powder-bed) comes new ways of using slicing software. This tutorial covers how to access the new printers in GrabCAD Print, how to get a license, and how to set up 3D nests of hundreds of powder-bed parts!

Also covered are some Design For Additive Manufacture (DFAM) tips on this new type of Stratasys printer!