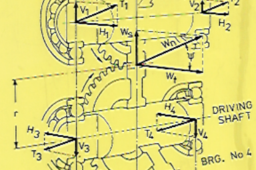 In this tutorial we will look at the concept of STRESS in an engineering concept. Stress is the mechanics relationship that defines the load we place on a part, and the ability of the material it is made from, to resist this load that has been applied to it. The actual strength of a material is a physical property of the material and as the mechanical parts that we design come in all shapes and sizes, we require value, that relates our load back to the physical properties of the material we want to make our part from