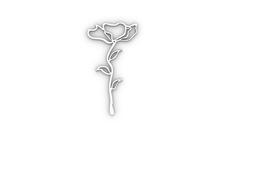 Hello! im Álvaro Fernández, an artist by heart and a engineer by trade.
Im from Concón, a quiet beach city in Chile.

In this tutorial Im going to teach you how I make the minimalist stl file I post on this site. Its a begginer tutorial, I encourage to all to try it! you can acomplish it.