Using Solidworks Configurations In Parts And At Assembly Level 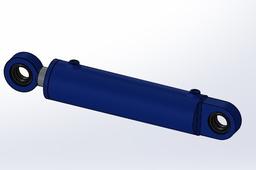 Using this Example of a Basic Hydraulic Ram.

An easy to follow tutorial on creating and enabling part configurations and how to follow them through to assembly level resulting in more diverse parts and dynamic 3D models.